I Had This Dream That I Sold All My Stocks 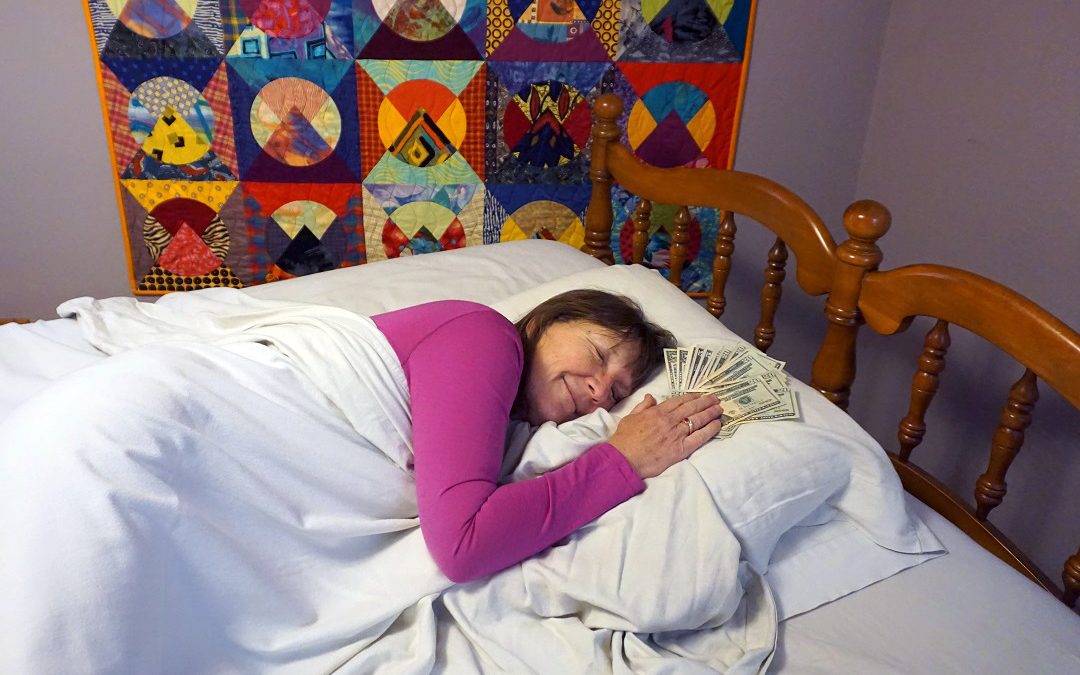 I had a dream the other day that I just can’t get out of my head.  And it felt so real.  I was at FinCon, meeting a lot of experts in personal finance, and I told them I just sold all of my stocks and moved everything into cash.

People went nuts.  You can’t believe how they reacted.  Everyone started talking at once.  “Are you crazy?” and “You’ve got to stay the course, stick with your plan” and “Don’t you know you can’t time the market?”  It was nerve-wracking to admit.  Scary, really.

Oh, and I was standing there in my pajamas.  This was a dream after all.  At least I wasn’t naked.

I decided that I would try to get back in their good graces.  After all, I came there to make friends.

So I asked them.  Go ahead, you financial experts.  I want to hear your best ideas.  Come on you guys.  Tell me why I’m wrong!

Invest at the Peak

First Chelsea from Mama Saves Fish came forward.  It was great to meet a woman whose opinion is highly valued in the FI world.  The financial bloggers wanted her to tell me about her article called why I should invest even in peak markets.  It is one of the finalists in the Rockstar Rumble, the competition to find the best money post of 2017.  And her post is one of the most popular among voters.

What is so special about October 9, 2007 I asked?  Well, she told me, that was the highest point in the SP500 before the Great Recession.

Chelsea asked me what I was afraid of.  Well, I thought.  It’s too high up here on this peak.  I might fall.

I don’t know why I was worried about that.  You can fly in your dreams, right?

Time in the Market is better than Timing the Market

Several people said they saw and liked that tweet.  Someone said “Hey, I know Philip Taylor is a bit busy right now”.  We were at FinCon after all.

Many of the bloggers said they have written articles about market timing.  I heard from Brian from SunscreenYourGreen and Rich from RichOnMoney and from Jacob and Vanessa at the CashCowCouple.

There was even a guy who named his site TimeInTheMarket.

Index Funds Are So Easy to Sell

Someone in the crowd yelled out a question.  “What did you sell? Is it going to raise your taxes?”

Nope, no taxes.  This is all IRA money, completely invested in the VTSAX.  I got nervous reading about how high valuations are right now.  And when I got scared, in one simple click they were gone.  It’s just that easy.  It’s simple really.  Too simple.  I must have done it in my sleep.  I think. 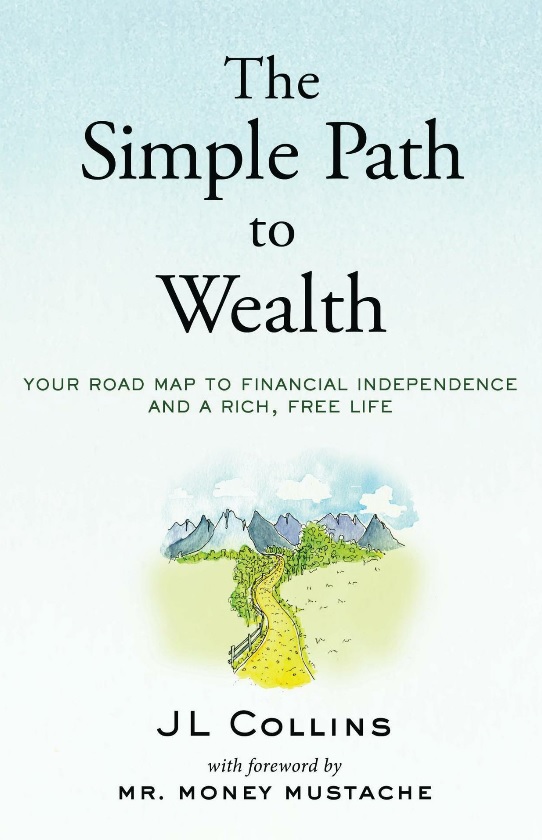 You can’t believe who I met next.  FinCon is amazing.  It attracts big names in the finance world.

JL Collins stepped forward.  Oh my gosh, he is a legend.  And I was hoping to get him to autograph my copy of A Simple Path to Wealth.  But here I was, standing in my pajamas with most of my assets in cash.

“Toughen up bucko and cure your bad behavior”

That’s what he said.  He was quoting himself actually, from a post he wrote titled There’s a Market Crash Coming and Dr. Lo Can’t Save You.

Market crashes are to be expected.  They always recover and with time they always go up.  He had a long list of reasons to toughen up, ignore the noise, and stay the course.

And he was starting to convince me.  Except there was that last thing he said.

“There’s a major market crash coming!!  And there’ll be another after that!!”

“What wonderful buying opportunities they’ll be.” 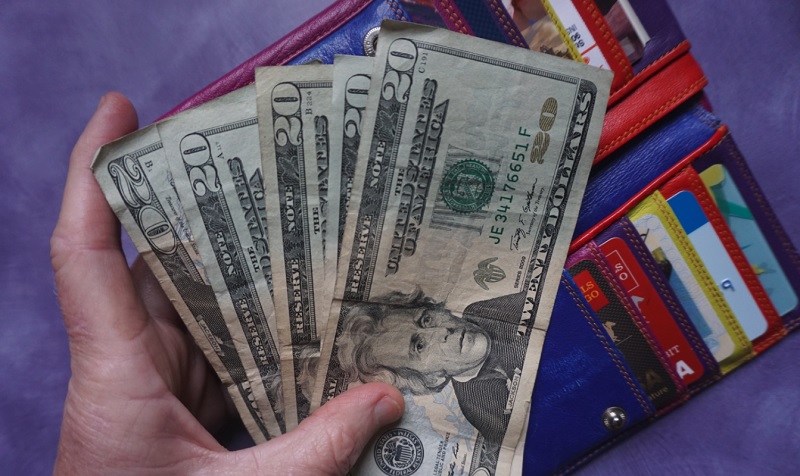 My husband and I are early retirees.  We’re not in the accumulation phase anymore and haven’t been for a while.  The only buying opportunities we have are either to reinvest our dividends or to do what I just did.  Time the market.  Enjoy our gains.  Take some money off the table.

Some people call this “Dry Powder”.

Dry powder?  This prompted ActuaryOnFIRE to step forward.  He pointed to his post called That Dry Powder You Have – You’re Better Off Snorting It.

And with that we were all headed to the bar to continue the discussion.  I love these people.  This is my tribe!

After we were seated and I bought everybody our first round (I had lots of cash, you know!), we were back to that question about dry powder.  And the problem of missing just a few of the best single days in the stock market.

Actuary showed a chart of what happened over the period of 1998 to the end of 2017.  When you take out just a few of the best days from that whole time period, your entire return gets cut.

“You only need to miss the 30 best days over this period and your return would be negative…. Negative!”

And then he pointed out that six of the best 10 days occurred within two weeks of the 10 worst days.

Huh?  Is he saying that most of the bad days happen when the market is crashing?  But I’m selling high.

About that time, Todd Tressider stood up and said:

“She’s Right.  Don’t you know there are bubbles everywhere?”

I remember hearing Todd interviewed on the ChooseFI podcast.  It was all about risk management.

All the major asset classes are overvalued right now.  Reversion to the mean will absolutely occur.  We just don’t know when.

We have to ask ourselves to compare the risk against the reward.  To weigh the potential upside against the projected downside.  And right now, there is much more risk to the downside.

And then he quoted Warren Buffett:

Several people agreed.  Yes they heard that quote.  And they also heard the other classic “Rule No.1: Never lose money. Rule No.2: Never forget rule No.1.”

This prompted the PhysicianOnFIRE to come forward to introduce his friend the VagabondMD.  Mr. Vagabond did a guest post that explained why he holds nearly $500,000 in cash.

He’s lived through several major recessions.  For this reason, he asked whether someone really wants to have to lock in a loss by selling in a really bad year.

And then he asked me an interesting question.

He pointed to a classic post by the WhiteCoatInvestor that considers the wisdom of William J. Bernstein from his book The Four Pillars of Investing. 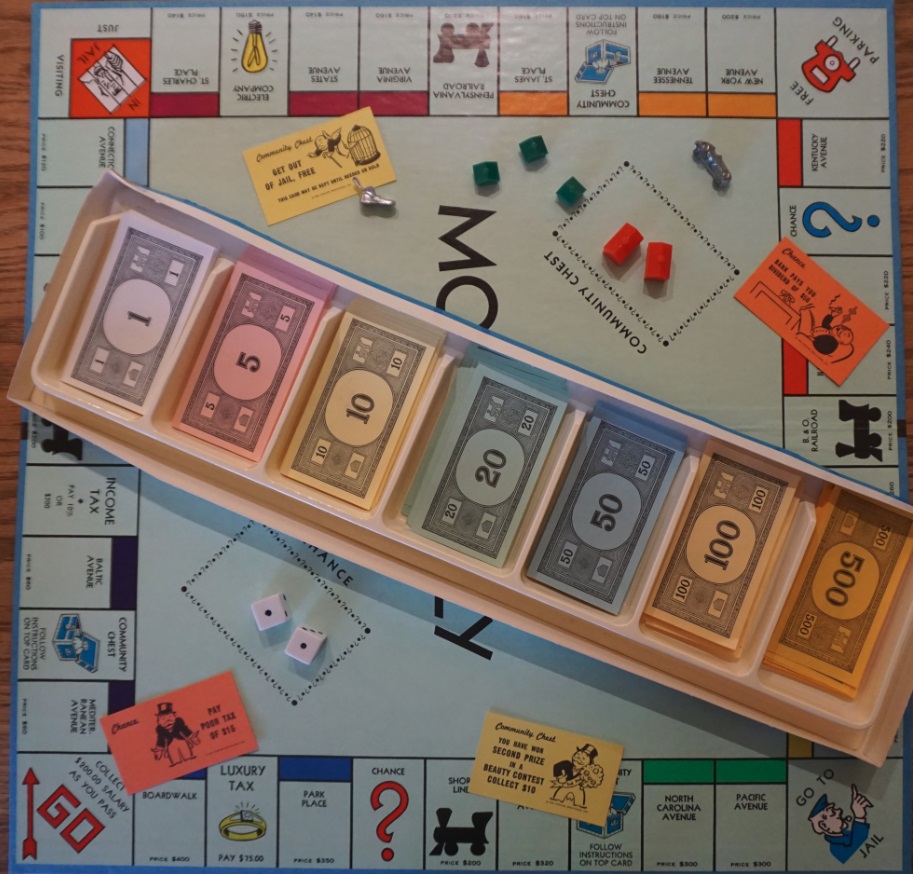 I wasn’t really sure anymore.  All these different ideas.  I felt like I was just starting to wake up.

And then Steve from ThinkSaveRetire stood up.  He used the title of a post he wrote to ask:

“It’s easy to be retired early when the market is great, huh?”

Yeah, it sure is.  We’ve been retired for seven years and it’s easy.  Except I’m apparently not sleeping that well.  They say you have to be able to sleep well at night, right?

The main point in his article was that everyone needs to understand their own risk tolerance.  It’s okay to be risk-averse.  And it’s also okay to be risk-tolerant.  It probably varies by age.  Younger people have more time to recover and can take more risks.  But everybody is different.  And that’s fine.

Tanja from OurNextLife decided to speak up.  What a thrill it was to meet her.

She pointed to a post she wrote called There’s No Such Thing As a Risk-Free Life.  In trying to be conservative with money over the years, she found that there is no way to avoid risk.  Everything you do ends up with a hazard of some sort.

“There is no risk-free option. Not ever. Not just with money.”

You have to pick your poison and ask yourself which kind of risk you prefer.  Volatility risk or losing money to inflation?  You have to choose.  Because not choosing is its own risk.

Suddenly, I bolted up out of bed.  I was awake.  And the biggest risk I was taking was that I was no longer dreaming.

So tell me, do you sleep well at night?  Ever thought about going completely to cash?