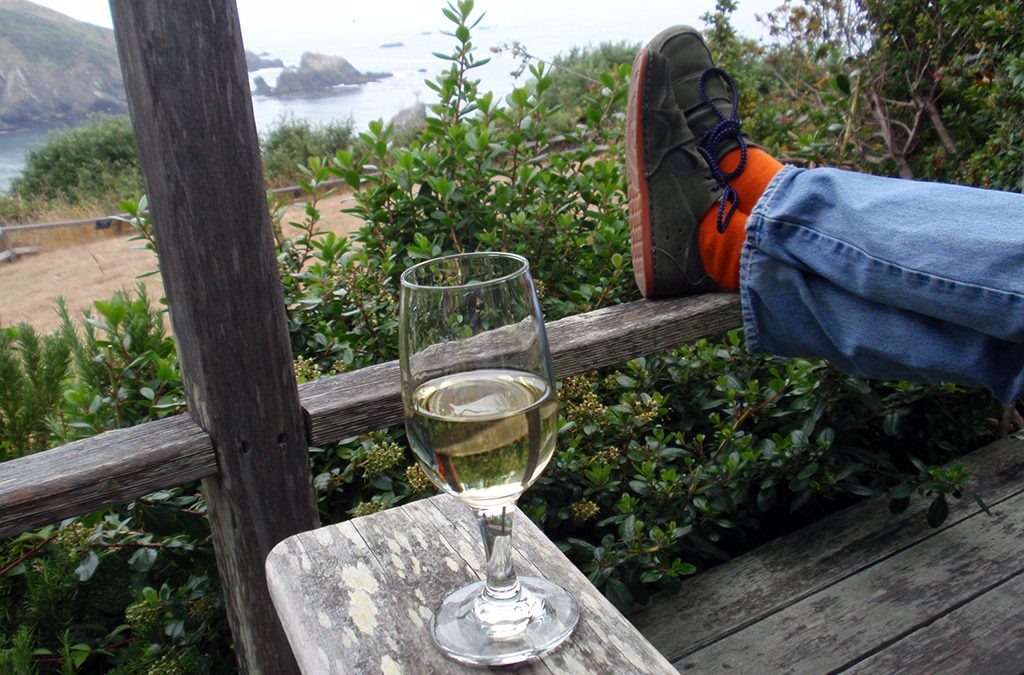 Uh-oh. I have a problem. I’ve gone over 5 months now without a glass of wine. And it’s great!

I didn’t set out on this path at the beginning, which started due to a health scare that wasn’t. Yet, I ask myself why it is that we in the FI community are cutting every last penny, just to gather and celebrate over some beers. We can do better, can’t we?

I went sober during both FinCon and the Greece Chautauqua and it was an interesting challenge. Depriving myself of wine has been eye-opening. Literally!

Let me share some of the lessons I’m learning and how they apply to money, mindset, health, and freedom.

Let’s talk about the money. 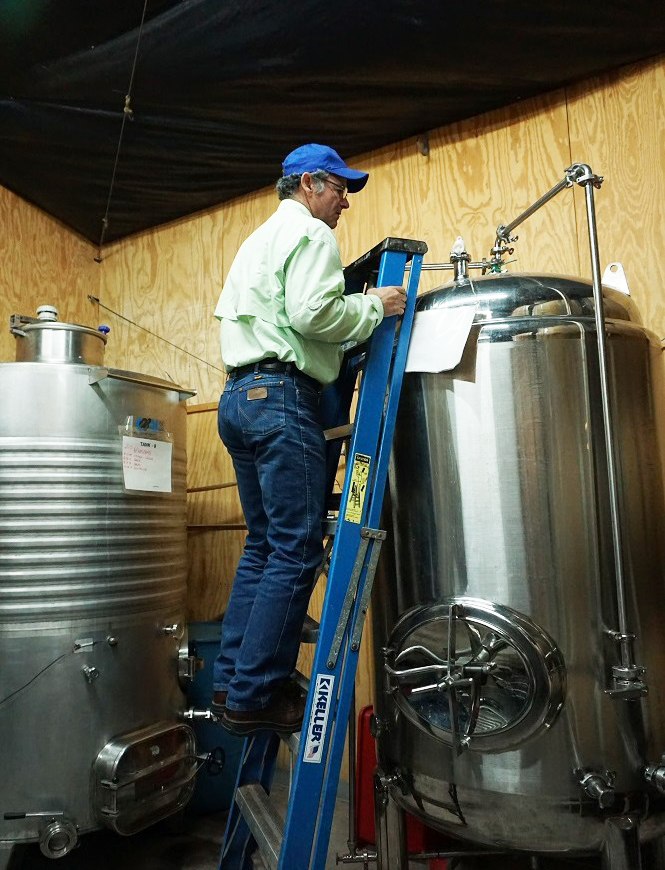 Yeah, you’re frugal. You’ve cut your cell phone bill, ride your bike to work, and rent out your extra bedroom on AirBnB. But relaxing at the end of a day means a nice glass of … box wine. Box wine? Freddy Smidlap will not approve 🙂

Like Freddy, we weren’t frugal with it. Everyone’s values are different, and we value drinking good wine. Coming from a family of Italians and having relatives in the wine business, my husband is influential in our appreciation of the history, the making, and the enjoyment of a nice bottle of wine. If we drink “CarboardDeaux”, there is something seriously amiss in our world!

For us then, we were averaging about $12 per bottle and splitting one nearly every night. Some people might see us as borderline alcoholics. But at other times, we’ll mention this to someone and it seems to validate what they are doing. Maybe it’s our age or the circle of people we surround ourselves with, but splitting a bottle regularly has become pretty “normal”.

Normal? Normal like buying a $60,000 SUV. Normal like living in a McMansion. Normal like running up credit card debt, eating out all the time, getting the latest electronics.

At $12 per bottle on average, we are talking about over $4000 every year, just on this one purchase. And that doesn’t even count the money spent at a bar or restaurant.

FinCon, Chautauqua, and the Joy of Missing Out

Just before flying out for my very first FinCon, I got the doctor’s report and my gallstone scare was unfounded. I just had some rib pain from my Taiko drumming. After a month sober, the idea of upping the ante and challenging myself to something much harder crossed my mind.

Having just posted about my Jane Muir hikes and the Joy of Missing Out, I started reflecting on what is the essential element of financial independence that really draws my interest? I’ve been freeployed for going on 9 years now. I don’t need the typical information on saving, investing, or paying off debt.

It’s all about mindset to me. My first post was about being out of your comfort zone after all!

So I decided not only to go to FinCon sober, but I continued it in Greece during my first Chautauqua. 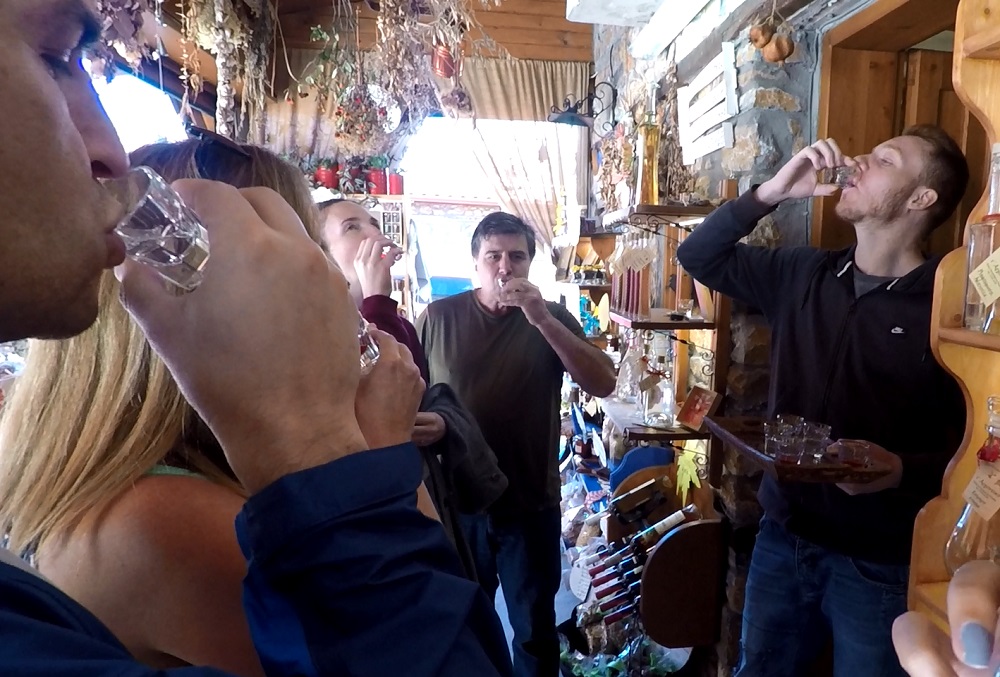 Yes, that’s right. I went to Carl’s Beer Party and sat in the Pink Flamingo, with only bubbly water to my name. It felt like a waste to use that free drink ticket on a sparkling water, but hey, I was thirsty!

I made lots of friends and had no problems socializing. And that’s what gave me the courage and inspiration to continue the journey and try being sober for a over a week in Greece.

One of the things that I have found so special about people pursuing financial independence is the great respect and jovial acceptance of individual decisions. People were really supportive and no one gave me the feeling I had to have a cocktail in my hand to be part of the party. In fact, I believe that when I explained my challenge and they realized I do love wine, it was a lesson for everybody to consider. 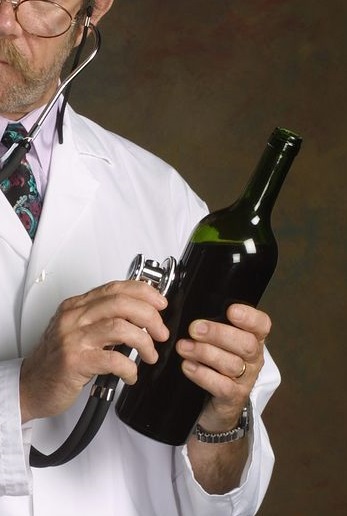 A Bottle a Day Keeps the Doctor Away

Keeps the doctor away? Oh, yeah, but that’s because you’re too drunk to go to the doctor, right? Seriously, let’s look at some of the health related aspects I’ve been loving since I started down this road.

First, I feel great. I’m not experiencing “The Grape Depression”. My mood is improved, especially when I wake up in the morning. I’ve dropped a few pounds too.

My exercise is better because, to quote Freddy Smidlap “I tried running, but I kept spilling it”!

The biggest benefit, by far, has to be sleep. Recently I read a review of the book “Why We Sleep” at FourPillarFreedom. I joked that his post was not just eye-opening, but eye-shutting!

Wine and other alcoholic beverages affect our sleep and overall health a lot more than we’d like to admit. Depending on how much we’re drinking and how often, the affect on our health is a pretty serious issue.

Sober October. That’s a thing now, apparently. It seems as people are drinking more and more now, others like me are beginning to question the health and financial aspects. Taking a month off is gaining some traction.

Having returned from FinCon, I noticed this guest post by PhysicianOnFIRE about his Sober October. I was happy to meet PoF and his family in the pink flamingo and of course, snag one of his free beer koozies too. Learning that he is part owner of brewery, it surprised me that he and his wife took a month off of drinking.

I was fascinated to read about his experience and the impact it had, even for just a month. It was interesting to compare notes and realize that he had similar observations, even during that shorter time frame.

As an avid reader of blogs, I also stumbled (no pun intended) on this post at Raptitude, recounting his four month break from drinking. One of his biggest takeaways from the experience was that he likes “the idea of drinking a lot better than the experience of it”.  I am feeling a similar effect. I love the taste, swirling the glass, and toasting with friends. But I really don’t like the drug aspect of it. Do I really want to be sleepier and lose energy? 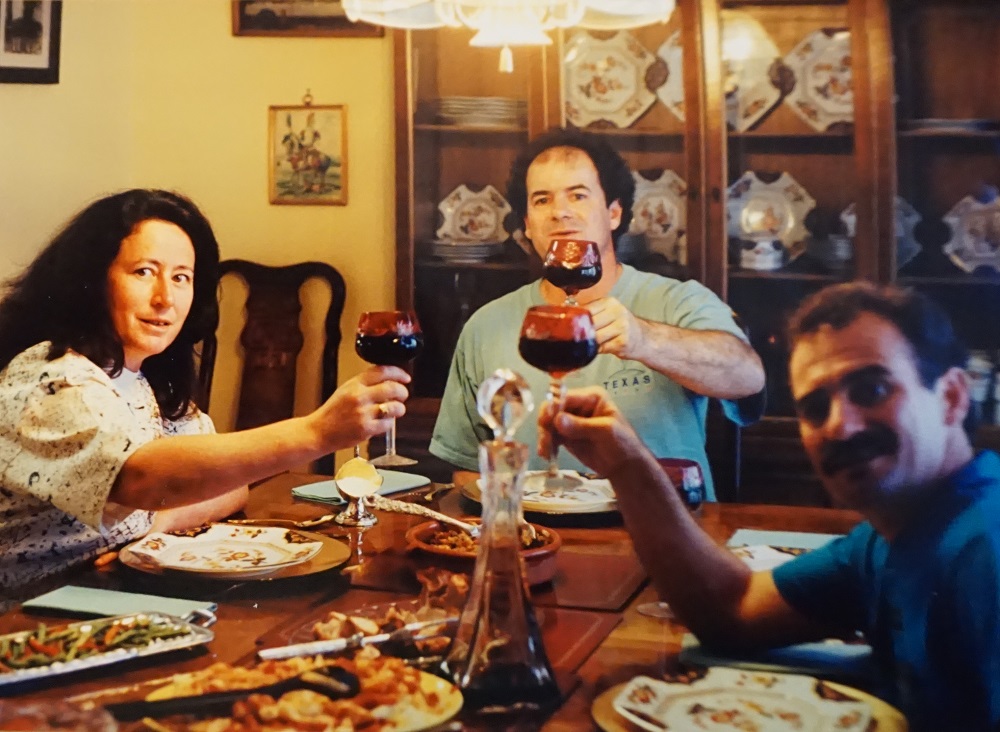 Skipping the wine at Thanksgiving, that was a tough one for me. Probably the biggest sacrifice so far. Why? Because we traveled to Texas where my winemaking brother-in-law lives. With twelve of us hanging out over five days, the excellent vintages opened and poured were phenomenal. Twenty year old Port, a bottle of really nice Brunello di Montelcino, wines from his friends in Napa — all of these passed me by.

So how long is this going to go for me? Am I giving up wine “for good”?

If you’re a fan of ChooseFI, you may have listened to one of the great episodes recently with Deanna, otherwise known as Ms Fiology. Her story of going from alcohol addiction to sobriety to a debt-free life and now becoming a leader and role model for others is so amazing to me.

I was lucky to meet Deanna at FinCon. We shared a common knowledge of rehab. Not because I personally went through a program, but in 2014, a close family member of mine was fighting a life-threatening dependence on crystal meth and had formerly been a heroin addict. Visiting often, I attended counseling sessions for family members and heard first-hand stories from people facing the devastating affects of substance abuse.

It startled me to realize that over half of the people at my niece’s rehab were alcoholics.

And it was during this time that I first went on a wine holiday that lasted 7 months. As a kind of solidarity with my niece, I decided to not have a drink during the time that she lived at rehab and the halfway house that followed. When her journey was complete, I finished mine as well. For me, I was ready to go back to enjoying my “drink of choice”, at least at that time. But for her, like Deanna, it has become a life completely committed to sobriety.

Each of us need to take a hard look at our alcohol consumption and determine if we are really using it in moderation or not. Even if we are drinking responsibly, we need to ask ourselves whether this practice is consistent with the lifestyle that we are building.

I recently read a great article about cultivating willpower by Dave at Accidental FIRE. It’s a guest post he did for JD Roth at GetRickSlowly, called Discipline Equals Freedom. I highly recommend you read this and consider the effect that depriving yourself has on creating the life you actually desire. 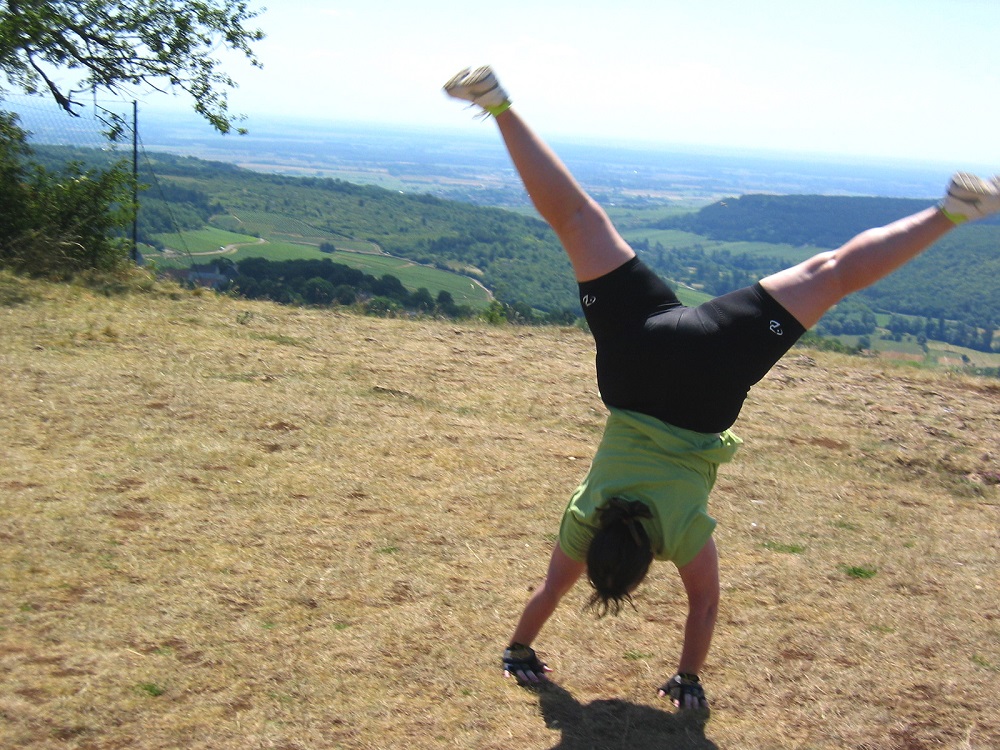 Dave gives an example about limiting his pumpkin pie bliss to twice a year. He reserves this splurge for just Thanksgiving and Christmas. At first, this sounds more like diet advice, but it goes far beyond that. The discipline we practice every day hones us into the people we become.

I like what Xrayvsn had to say in the comments. While a lot of FIRE walkers deny themselves so many pleasures, the reason is not just to stockpile their nestegg, but to build focused intent with conscious decision-making.

This got me thinking more about where this is leading me. I never intended to give up wine completely. But I’m on a roll right now. It so happened that the last glass of wine I had was on my 59th birthday. I’m thinking that I’d like my next glass of wine to be on my 60th birthday. That would be an entire year.

And somewhat like Dave’s pumpkin pie, going forward the wine will be a worthy splurge, reserved for only a special occasions. Something to truly celebrate with friends and family. An event worthy of popping some real bubbly!

Have you ever thought about giving up drinking or some other “costly” habit? Has the experience affected not just your wallet but your mindset?