I Had a Million Dollars Worth of Fun in Engineering, and I Didn’t Want a Dime More

by Susan | My Story 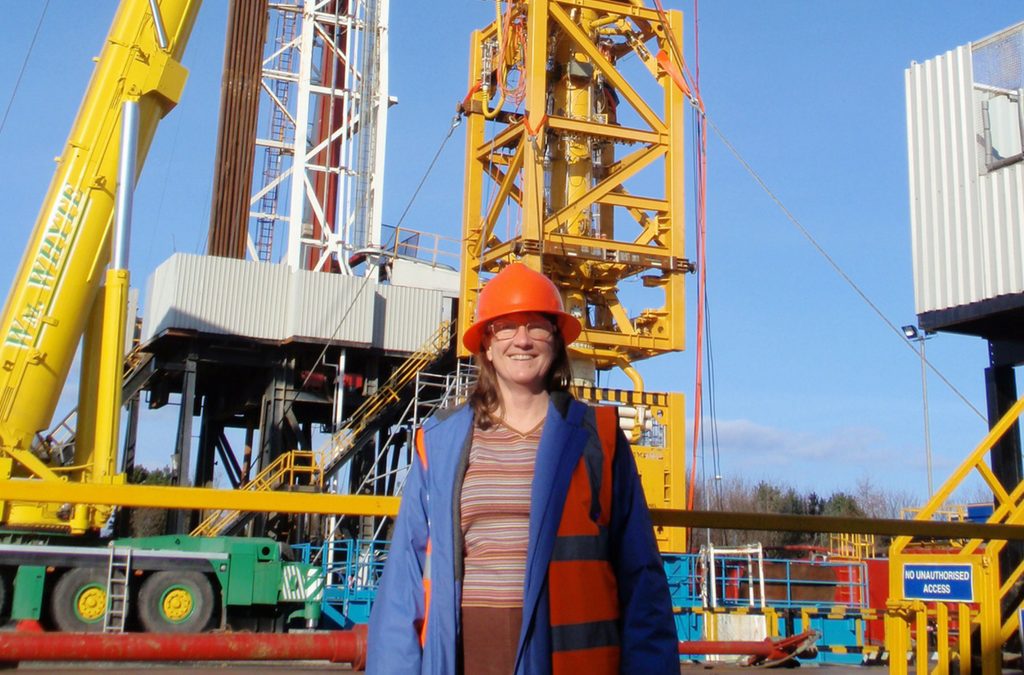 Pinterest
I absolutely loved working as an Electronics Engineer and could not have imagined getting to a point that would make me walk away from my voluntary 80+ hour weeks.  But my last job, which took me to Scotland on an Oil and Gas project, was the adventure of a lifetime.

But it also brought me to the brink of choice.  It was truly a million dollars worth of fun, until suddenly it wasn’t.

Before I start my story, you might be wondering.  What has this got to do with financial independence?  I mean it’s great to hear someone’s work story, but what is the takeaway?

For me, I was lucky that I had been saving and investing with my eye on early retirement.  I loved my work.  Walking out of my job and leaving this project was the last thing I pictured myself doing.

I never dreamed I would find myself uttering my Dad’s famous words “YESTERDAY WAS MY LAST DAY”.  Except I did.

I’ve discovered that my current self is often a bad planner for my future self.  You just never know how different experiences are going to change you, and you best be prepared.  FINANCIALLY PREPARED!

Trading my Cubicle for a Metal Shipping Container

Oh I LOVED working in a cubicle.  Right.  I’m sure many of you do too. 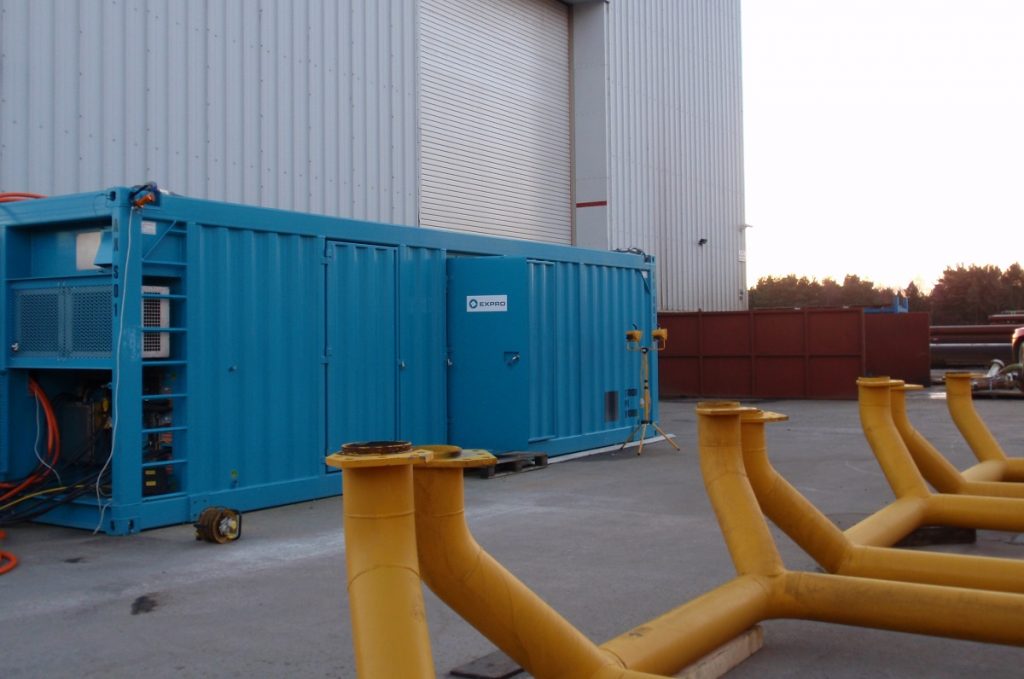 That shipping container actually made me miss my cubicle.  Is that possible? And with crazy deadlines and long lists of items to test, it was 13 hours or more a day, 7 days a week.

During the time we tested in Scotland, that container got moved to three different work sites.  We’d step outside to head to the bathroom (I mean the “loo”) and suddenly realize we were in a different place than the last time.  It was like Dorothy’s house in the Wizard of Oz.

“Oh, you’re in Scotland? It must be beautiful!” 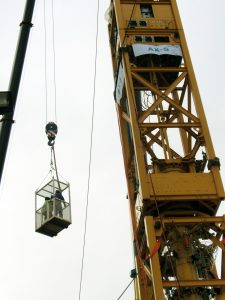 Sometimes We Got To Go Outside

I think it was beautiful out there (at least that’s what we heard from people at the pub).  But we hardly got to go outside.

Unless a mechanical problem happened up high.  Then we were “lucky” enough to get a little sunshine.  With the help of a crane 🙂

Looking For An Exit Strategy

It was a first of its kind design, an 11 story high tower built to be assembled atop an oil well on the ocean floor.  An ambitious attempt, it was backed by venture capitalists and sponsored by BP.  Yes the same BP,  famous for the worst oil spill in US history, and it was happening during the same time we were testing.  The parallels were not lost on any of us.

We were at a disadvantage because of being subcontractors.  It was not our project and if you had a complaint, this wasn’t our company.  Oh, but we never had any complaints, right?  Oh. My. Gosh!

I can’t tell you the number of times I booked my flight for 3 or 4 weeks of work there.  Arriving in the airport, I’d get a text from my buddy on site telling me all the equipment was bollacksed and we would be a captive audience waiting for something to be fixed before testing started up again.

I never made it back on my arranged flight.  It was always many more weeks before completing a test and heading home.  I tried so hard to have an exit strategy, and it became a joke each time I arrived.  Like I really thought I was going to leave.  Really?

It’s sort of like the way that people working towards financial independence end up with “One More Year Syndrome“.  Deadline creep.  We all fight against it.

Are These the Conditions You Feared?

But with all this stress came an unbelievable camaraderie.  And not just because of the job. 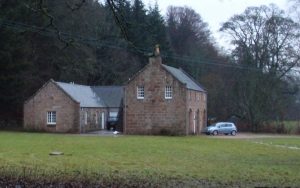 It was a “cottage”.  We laughed about that name.  In actuality, it was a horse barn from the 1800’s, converted into a 3 room apartment and resembled one of the places we rented in college.

When I found out the working and living conditions I would be sharing, it made me really nervous. I value my independence and thought I needed my space, especially from my coworkers after a long day.  I liked my privacy and as the only girl on the project, it was hard to imagine not just working in a guy’s world, but now living in it.

In his recent TED talk, Tim Ferriss addressed Why You Should Define Your Fears Instead of Your Goals.  I recognize my situation now, after the fact, as having this great lesson from Stoicism. 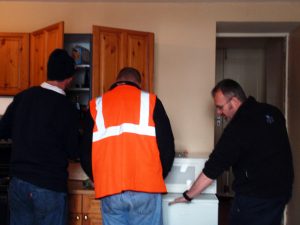 Did One Of You Guys Eat MY Crisps?

My first day on the job started with a safety meeting, and with nearly everyone mumbling in Scottish accents, it left me clueless.  After a really long day, five of us piled in the car to pick up our groceries, mostly different microwavable versions of what we started calling “Chicken DING”.

Before this experience, I feared this type of situation.  I thought I needed “my space”.  Particularly my own car.

Boy, was I wrong.  Once I got passed the initial shock and settled in, I found myself having the time of my life. 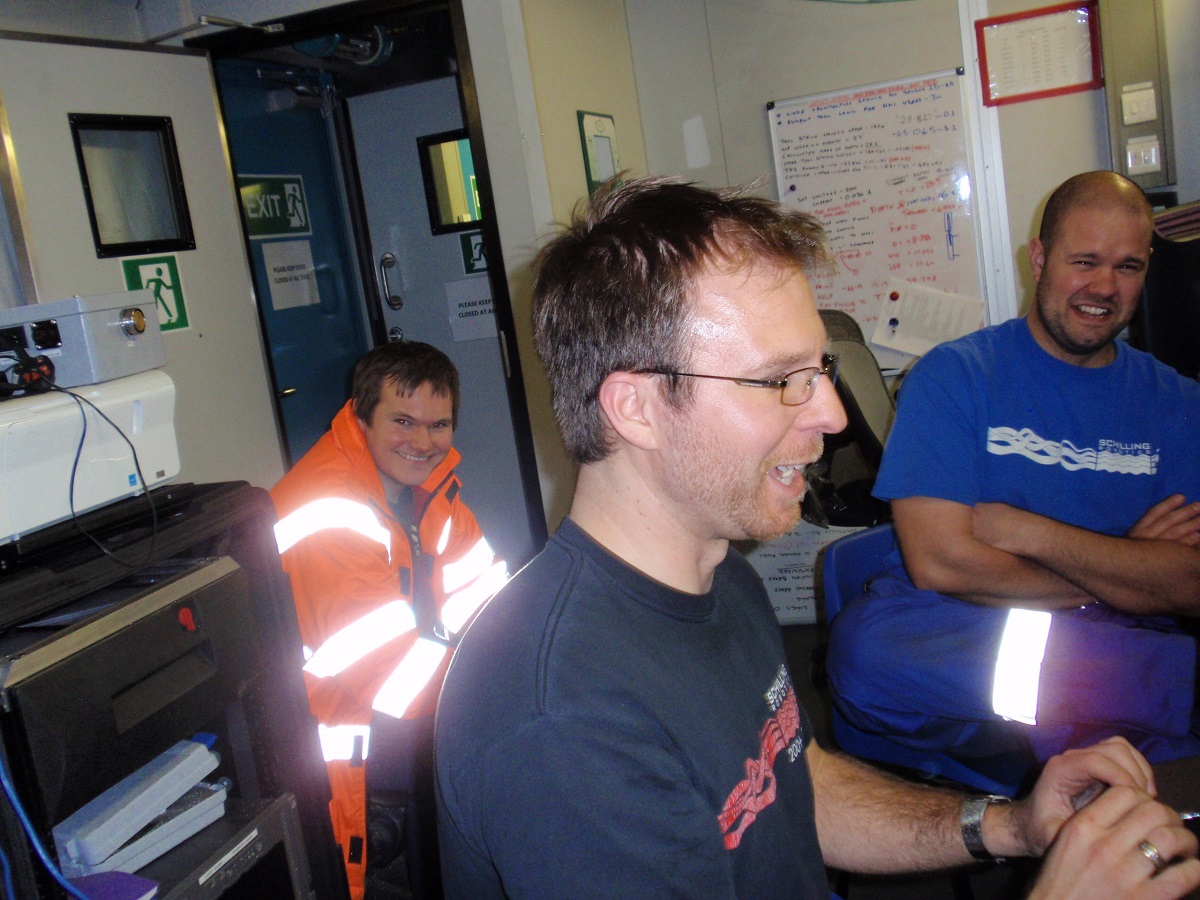 Hey, stop joking around and get back to work!

Political Incorrectness Was My Savior 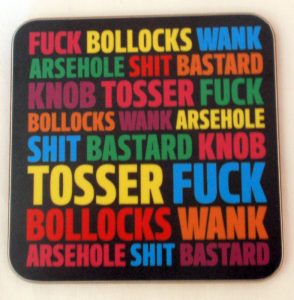 How To Speak Scottish In One Beer Coaster

Who would think that cussing, rude jokes, and juvenile behavior would actually be the best working conditions ever.  EVER!

This is hard to explain. As the only woman on the job, it could have easily been a situation with men constantly apologizing for foul language, or worse, going quiet when I entered the room.  The environment was typically pretty “colorful”, let’s say.

On my very first day, a guy who knew me as pretty silly and easy-going, told a whopper of a sex joke in a gathering of several guys.

Not only did I not bat an eye, but I absolutely lost it in laughter.

Immediately, the vibe in the room changed.  Under “normal” working conditions, this sort of thing would get anyone a trip to HR. 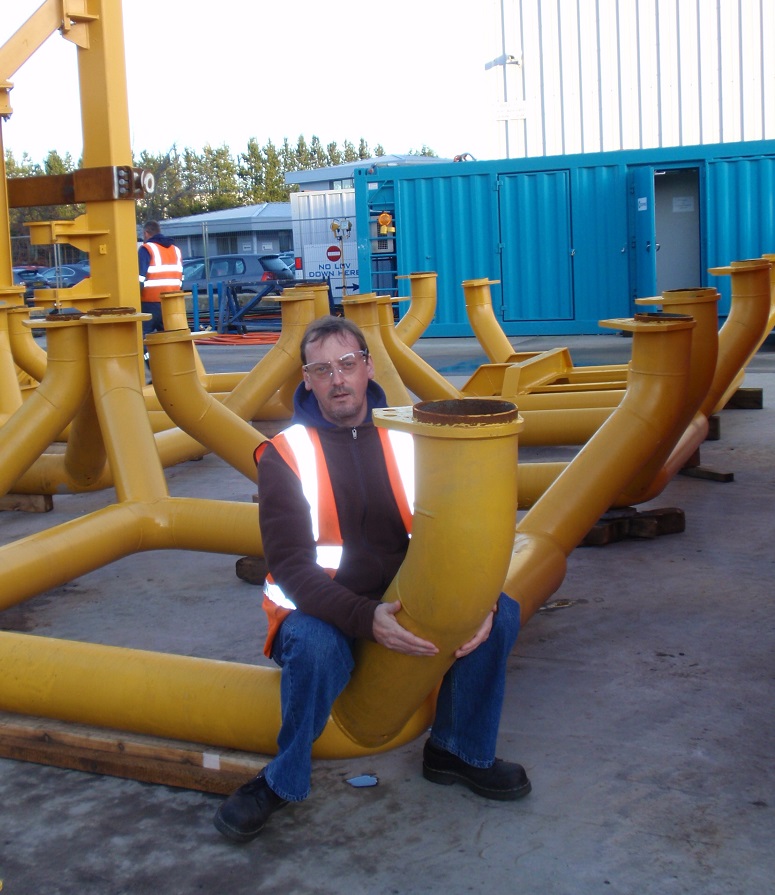 But this project was truly like nothing else I’ve ever experienced.  With a smaller, tight-knit group, living and working so closely, this type of joking actually bonded us together.  And the jokes were side-splittingly funny.  Often I was in tears as I worked and it truly made the long hours fly by.

Overall, it was like becoming part of a family.  There was no privacy.  Nothing was off limits.  If you left your “biffers” too long in the washer/dryer, someone would announce it or wave them around.  Worse yet, once one of my coworkers went on a hilarious rant about it, picked up the phone to call the guy, and accidentally left a voice mail to the HEAD OF THE ENTIRE PROJECT!  Woops.  Realizing it too late, he called back and sheepishly mentioned he should just ignore that last messsage.  Yeah right!  The next morning at the safety meeting, the project head played the message to the entire gathering.

I laughed so hard I nearly wet my pants — and if I did, it would be broadcast news, for certain!

A Friend in FI 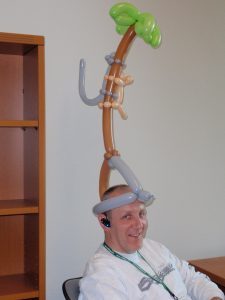 FI is all about Palm Trees

Oddly, the start of one of my best friendships was forged with a conversation about money.

He was particularly frugal.  He’d grown up in the U.K. but followed his Dad first to Hong Kong and then living in Philippines.  He really hated to waste a morsel because of watching young kids on the streets begging for food.

That conversation got us going.  I confided in him that I was really close to retiring early and we joked that I was doing the job “as a hobby”.  As we talked more about money, we both realized that we shared the habit of saving most of our income and living pretty casually.  We started laughing and joking about the foolish ways of the typical spenders, who were slaves to their jobs.

He took onsite testing jobs like this as a contractor, working intensely and saving money.  Then he would do a mini-retirement, take a year off and travel the world.  Doing this long before some of the famous FIRE people, it was inspiring to me.

During his travels, he had gone to hospitals in Thailand, Philippines, Mexico and beyond.  His stories convinced me of how excellent the care was and how incredibly cheap.  Like the story I read recently from MrFr33’s experience in Chiang Mai, it opens your eyes to the possibilities for health care abroad.

A idea about health care made the possibility of early retirement one step closer.

And because of our financial discussions, he sent me the classic story of the Mexican Fisherman, which I had never read.  That key question kept haunting me as we worked long hours and I was away from my husband.

“Are You Already There?”

I Didn’t Want A Dime More

Long hours, crude jokes, no privacy, and working another continent away from my husband?

I LOVED IT!  I would never have left. 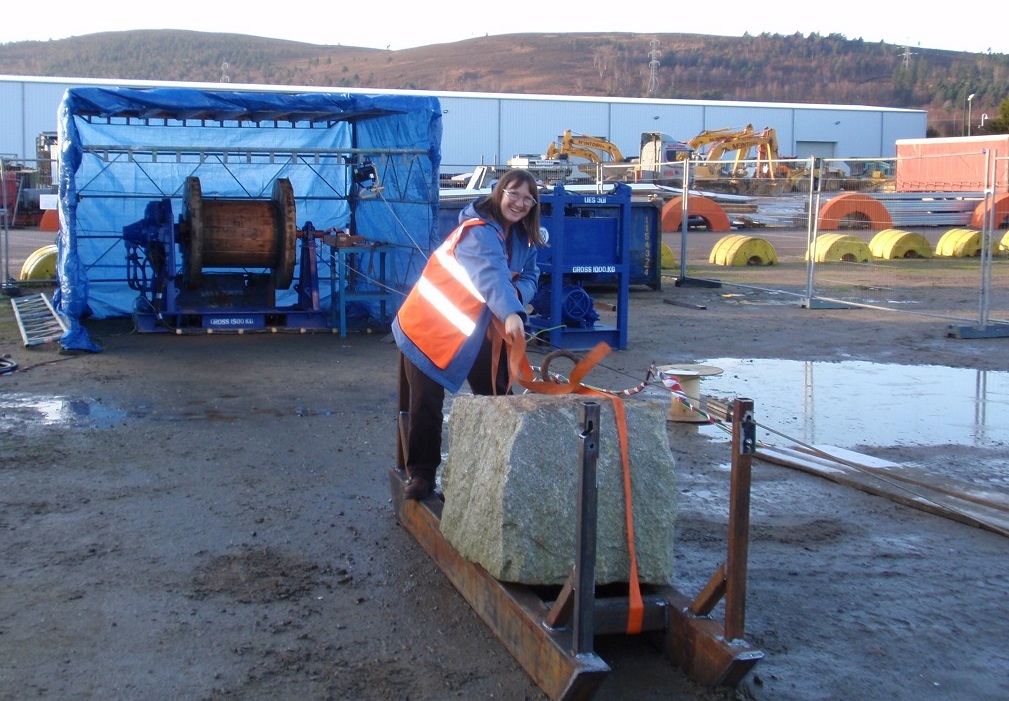 Whoa Nellie!! My Control System Pulled This Across the Yard

Even though it landed me in the emergency room at one point.  Diagnosis?  Stress.  Those docs are rocket scientists!

Seriously, two team members actually died during the project, both in their fifties and both of heart attacks.  Sadly, some of us literally didn’t come home.

And yet, I was still totally in.  My workaholic tendencies ramped up and I developed an addiction to the company Blackberry.  I answered emails from the USA at 2am.  I was devoted.

So what was the tipping point?  What happened? 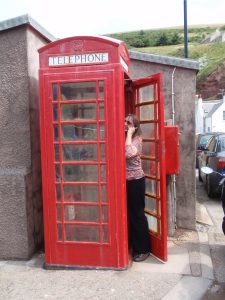 The whole thing suddenly came to a halt and turned into a bureaucracy.

The company we contracted for was nearing bankruptcy and replaced their upper management with a new team.  Fearful of lawsuits, the entire operation nearly shutdown while we switched from doing actual engineering.  Back at the home office we had to spend all of our time going back and forth over paperwork.

My entire job became redlining documents.  Worse, the new leaders thought that those of us who were key players, like me, were to blame for things.  We were excluded from design and started being “order takers”.

I took people by surprise.  They had no idea of my financial independence, and could not understand that I didn’t have or want another job.  I wanted that one.  And it was gone.  Nothing could measure up to the experience, so it was time to find that adventure somewhere else.  On my own.

One postscript.  While at “the cottage”, the group of us watched the movie The Shawhank Redemption.  We felt like prisoners and loved the line “Andy Dufresne crawled to freedom through five hundred yards of shit-smelling foulness I can’t even imagine.”  The parallels between our time in Scotland and the movie were uncanny.

When I broke free to FI, I used to tease my friends that I would hide a bag of money for them under that big oak tree on the north end of that certain hay field.

Recently I came across an awesome blog post from Bitches Get Riches that I highly recommend.  Check it out, especially if you love that movie and, like us, see that the message is all about our jobs and the prison we’ve made for ourselves. 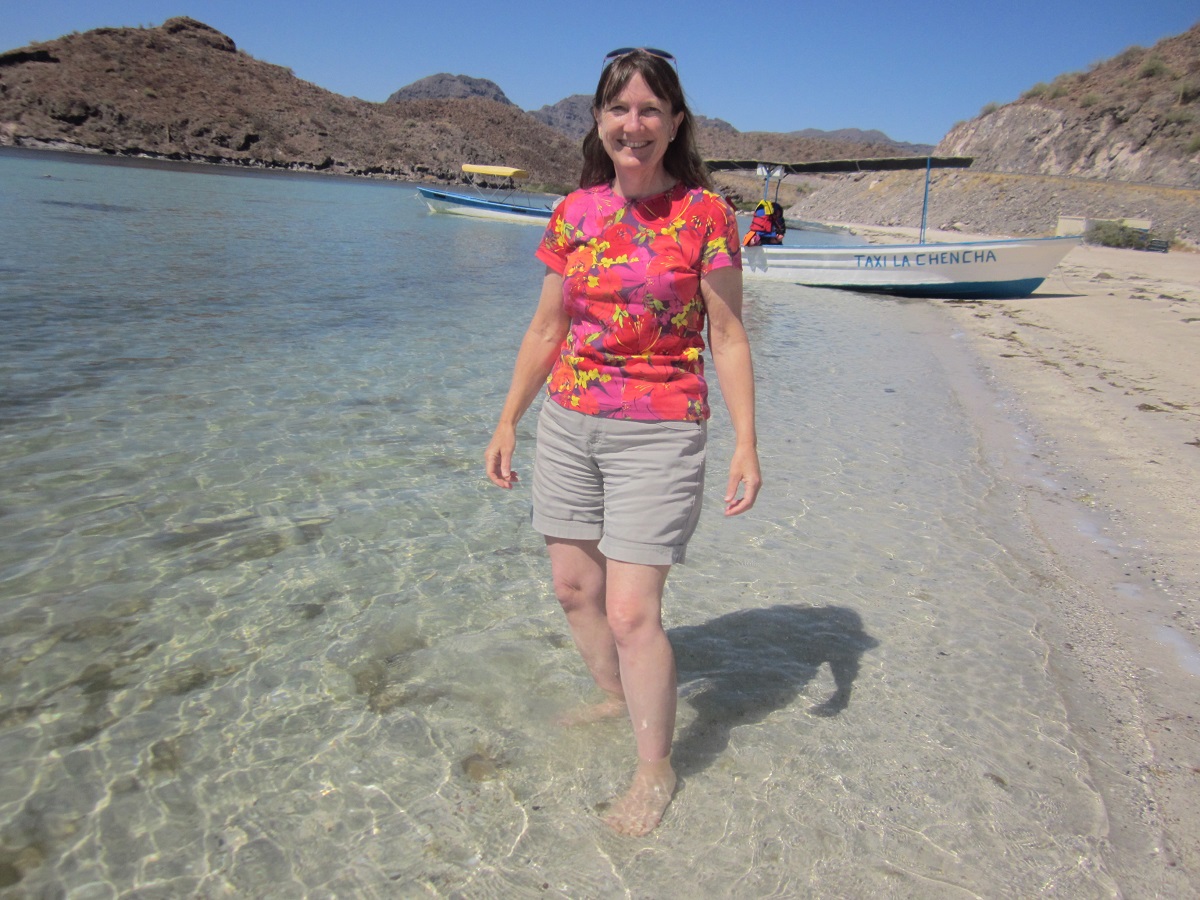 My Zihuantanejo. Won’t You Join Me?

What about you?  Is your job a Million Dollars Worth of Fun?  Or have you already spent your “last dime”?